This meeting followed on from the exchange programs held in Tokyo in December 2018 with France under the agreement with JANU and in Tokyo in April 2018 with Germany under the agreement with JACUIE. It was postponed due to the expansion of COVID-19, and this was the first time the exchange had been held online among the three countries. In addition to sharing challenges and possibilities based on the experience of COVID-19, the event was designed to support cooperation among higher education institutions in Japan, France, and Germany. The Japanese side participated in the meeting in a framework that included national, public, and private universities. Ninety-nine people attended, including presidents and vice-presidents from 91 universities in the three countries.

The meeting was facilitated by the Japan-German Center Berlin (JDZB), the HRK’s partner organization, which acted as the technical host. Dr. Julia Münch, Secretary-General of JDZB, noted the long history with JACUIE and the timely importance of the conference’s theme.
The greetings from the presidents of the three organizations followed. Prof. Dr. Peter-André Alt, President of HRK, said that although an in-person meeting was preferable, the choice of a digital format had been a wise one during the ongoing pandemic and that HRK highly valued the exchange with JANU and JACUIE.
Dr. NAGATA Kyosuke, President of JANU (President of the University of Tsukuba), commented on the history of exchanges since the signing of the agreement between JANU and CPU in 2014 and the one between JACUIE and HRK in 2015, saying this conference in a new trilateral format, was a proof that cooperation could be promoted even under the constraints by the pandemic. He also mentioned that the President’s statement on the occasion of the 70th anniversary of JANU expressed its determination to contribute to society based on new values, which is in line with the philosophy of this meeting.
Prof. Dr. Manuel Tunon de Lara, President of CPU, mentioned a long history of cooperation with Japanese universities and deep trust between France and Germany, saying he believed that more universities should work together on joint projects. Furthermore, he stated that the relationship between Japan and Europe had been becoming more strategic, such as the European Research Council (ERC) and the Horizon Europe initiatives, as mentioned in the Japan-EU Summit in May 2020.

Next, three sessions by the presidents of the three countries were held.
The first session, “The impact of digitalization on university teaching and learning,” moderated by Prof. Dr. Anja Steinbeck, Rector of the University of Düsseldorf, included a presentation by Prof. Dr. Lionel Larré, President of Bordeaux Montaigne University, and comments by HATTORI Yasunao, President of Shimane University. During the discussion, the importance of “digital literacy,” “ensuring equality in digital utilization,” and “mental support for students,” as well as the necessity of funding for digitalization, and the possibility of diversifying education and remotely operating laboratories through digitalization were raised as common examples among three countries.
In the following session, “Pandemic-induced challenges and opportunities in research,” Prof. IDA Ryuichi, President of Shiga University, moderated the discussion, followed by a presentation by President Alt of HRK, on the development of vaccines by German companies and the importance of a wide range of academic disciplines, and comments by Dr. KATAGIRI Yasuhiro, President of Future University Hakodate. Next, discussion on research was proceeded such as appropriate funding and support for basic research in a wide range of fields including humanities and social sciences and consideration of the impact of the pandemic on the careers of young researchers. Furthermore, ensuring gender equality in research and the need for comparative analysis of the three countries were also pointed out.

The final session, “New options for international collaboration? Opportunities and limits of virtual collaboration”, was moderated by Prof. Dr. Emmanuelle Garnier, President of the University of Toulouse-Jean Jaurès. Prof. KOMURO Teruhisa, Vice President (International Affairs) of Meiji University, introduced a case study of a hybrid of old and new international cooperation, including establishing a course that includes joint classes with overseas universities. In the discussion that followed, the possibility of virtual study to expand the scope of overseas collaboration and complement physical study abroad, and the limitations of online, which cannot replace physical, were raised. As such, active discussions took place in all three sessions.

In the closing remarks, Dr. USHIKI Tatsuo, Chairperson of JACUIE (President of Niigata University) said that the conference had provided an excellent opportunity to consider the strengths and weaknesses of online methods and to explore new styles of education and research, including international cooperation. As an example of the digital and the real fusion, he introduced that Niigata University and the University of Bordeaux sent sake and wine to each other in advance and conducted online classes using the actual products. He also expressed his hope for the realization of the next Presidents’ meeting to be held in person, as the situation of COVID-19 is beginning to show positive signs.
President Tunon de Lara of CPU mentioned that we are currently gaining many experiences on the importance of physical interaction among students and with people from different universities after the pandemic and how to optimize it and that we should consider modifying the paradigm. He also mentioned that a long-term approach requires long-term funding and support, that universities are the cornerstone of the world’s knowledge, and that Japan, France, and Germany can be leaders in protecting education and science.
In addition, President Alt of HRK stated that the pandemic crisis is useful to redefine goals and sharpen the means to achieve them, that the principles of academic freedom and independence are crucial as academic values are threatened in many countries around the world. He also mentioned the importance of communication among universities and the public and citizens regarding science, including COVID-19.
After the meeting, the universities that had been matched in advance carried out a one-on-one online networking session.

◇ You can watch the meeting video on HRK’s YouTube channel at the link below. 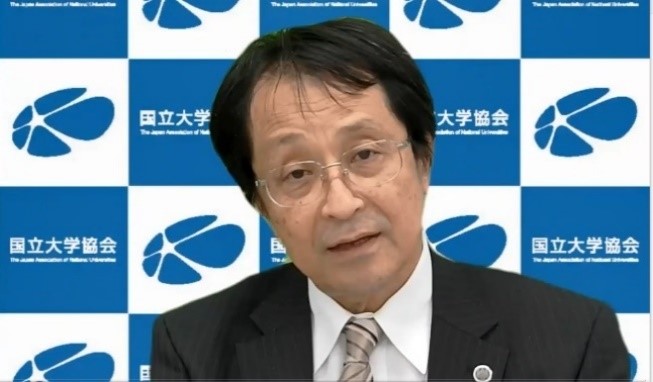 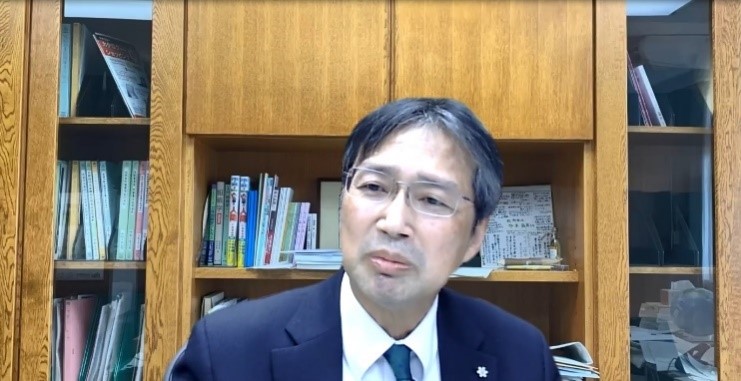