The Japan Committee of Universities for International Exchange (JACUIE) held a signing ceremony during the 10th Meeting of the Japan-France Joint Committee on Cooperation in Science and Technology at the Ministry of Higher Education and Research in Paris on July 27, 2022, of the “Agreement Concerning Mutual Recognition of Enrollment, Degrees, and Credits to Maintain Enrollment in Higher Education Institutions” with France Universités and CDEFI (Conférence des Directeurs des Ecoles Françaises d’Ingénieurs)

This agreement has the “Communiqué conjoint entre la France et le Japon (日仏共同声明)” in June 2013 as its starting point and is positioned under the umbrella of the “Déclaration d’intention (合意宣言)” signed simultaneously this time by the ministers of the two countries. The agreement mainly concerns mutual recognition of basic qualifications and credits for admission and transfer in both countries’ bachelor’s, master’s, and doctoral programs. It has been newly concluded, changing the Japanese signatory from solely JANU as it was to JACUIE.

This is the second time for JACUIE to conclude an agreement with an overseas university association, following FICHET (Foundation for International Cooperation in Higher Education of Taiwan).

On the same day, a meeting was also held to exchange opinions among the university associations, where specific cooperation was discussed, including the direction of future exchange programs.

JACUIE will continue to promote efforts to further expand exchanges between the two countries through cooperation with French university associations. 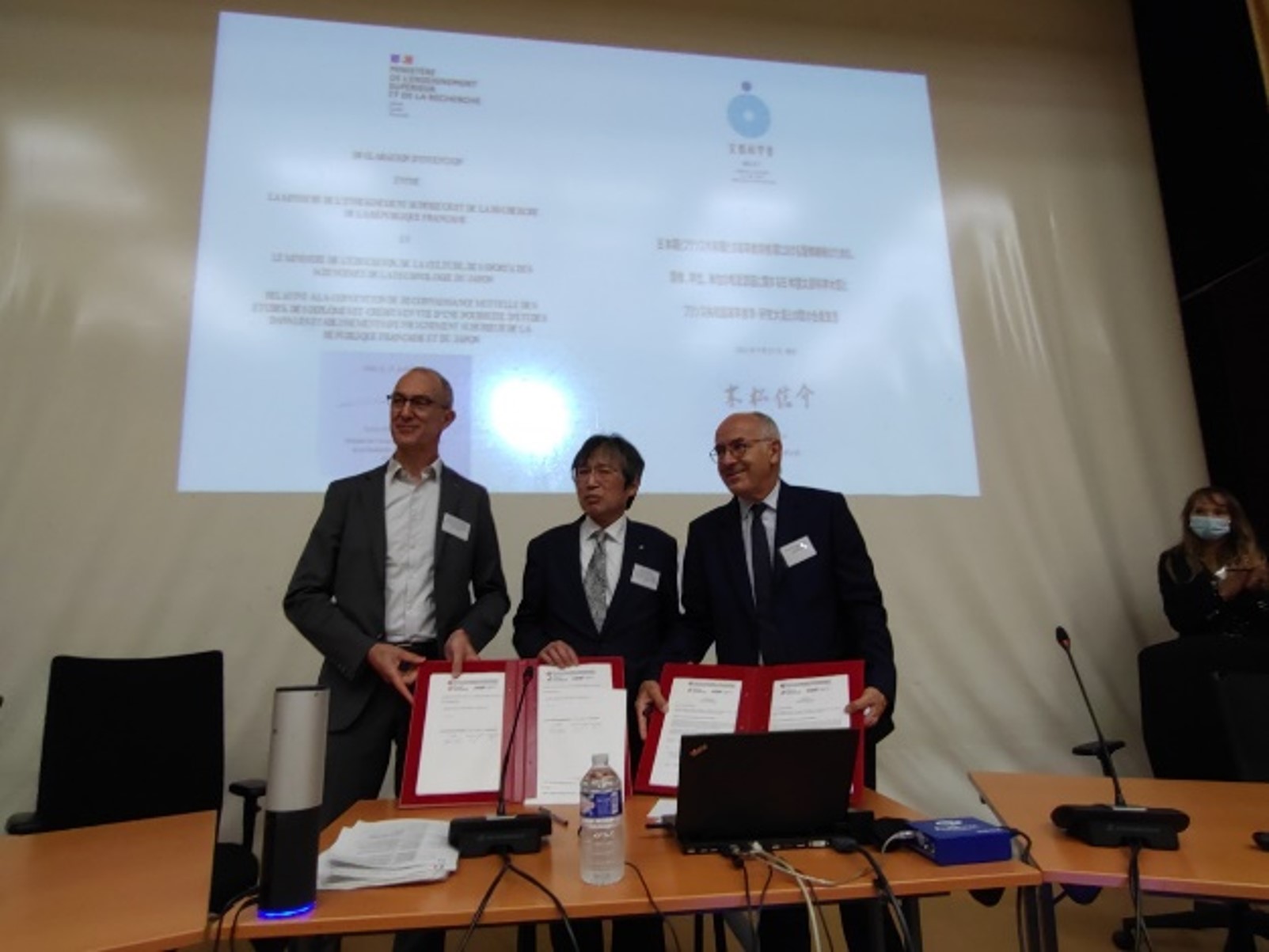 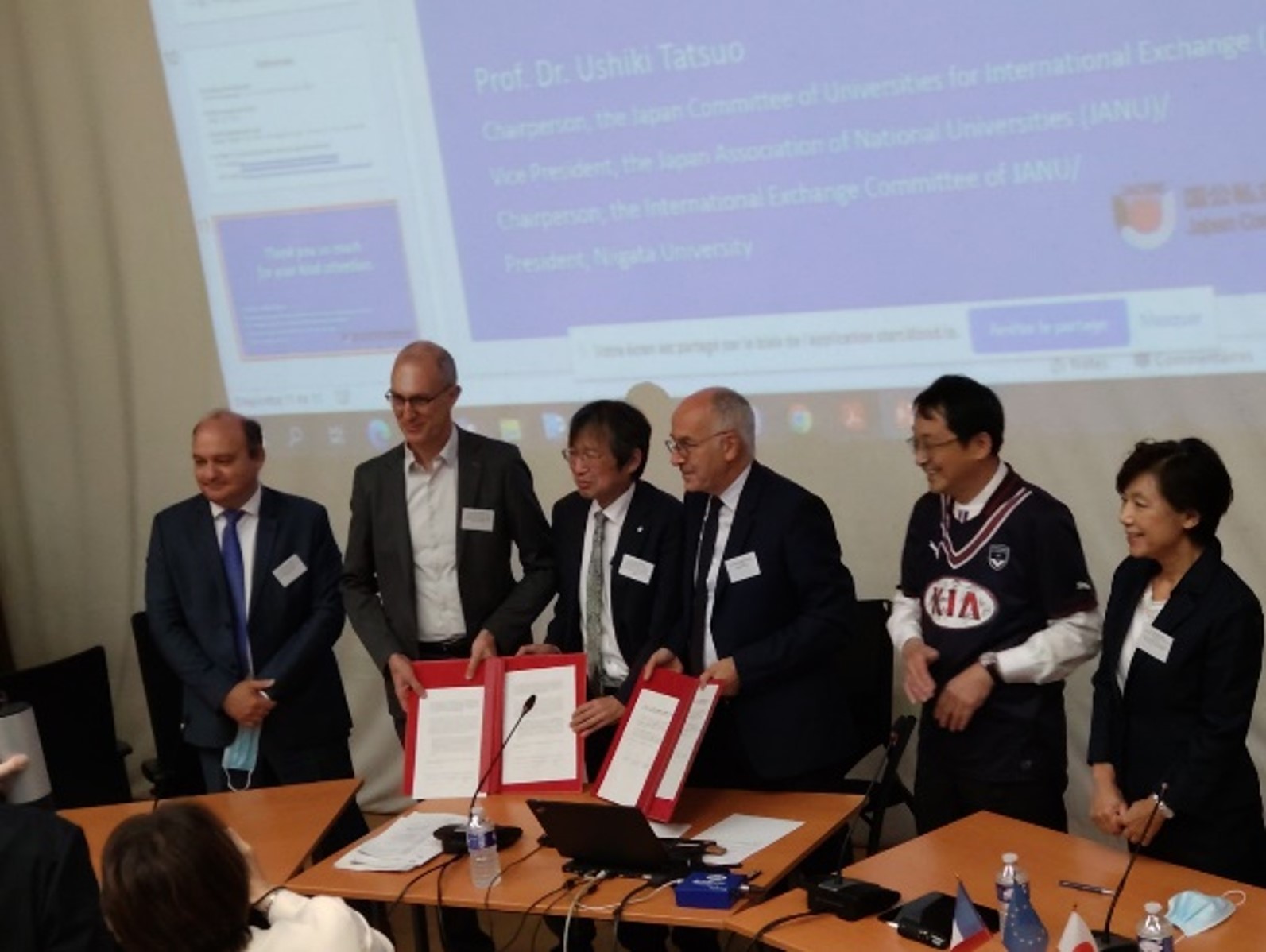 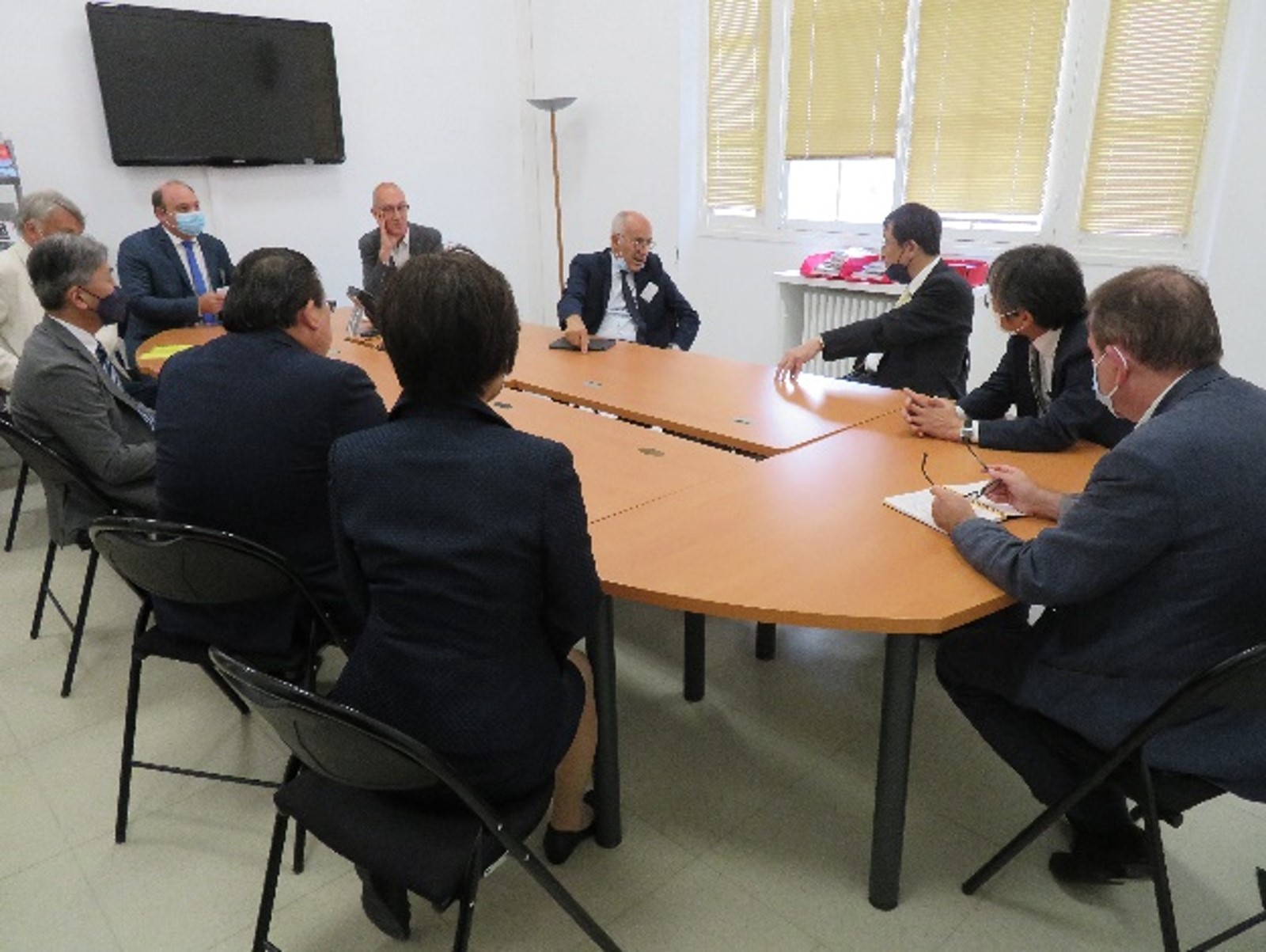