On October 28, 2016, the Japan Association of National Universities (JANU) held a lecture meeting at the Gakushikaikan (Tokyo), featuring Dame Julia Goodfellow, President of Universities UK (UUK), an organization representing universities in the UK (Vice-Chancellor of the University of Kent).

President Susumu Satomi of JANU (President, Tohoku University) gave the opening remarks, which were followed by a speech by Director Yumiko Hada of Hiroshima University Research Institute for Japan, the UK and Europe (RIJUE), a cosponsor of this lecture meeting. After that, UUK President Goodfellow gave a lecture titled “The Current Situation of Higher Education in the UK.”

The lecture centered on the trend of higher education policy in the UK, and UUK’s and each university’s response thereto. While referring to the UK’s exit from the EU, President Goodfellow presented some deep insights into UK’s current situation. The lecture meeting was attended by about 100 participants, including representatives from the higher education sector in Japan (mainly national universities), and from UK government agencies in Japan. The lecture was followed by an active Q&A session, which helped participants deepen their understanding of the higher education landscape in the UK while comparing with the current situation in Japan.

■ Lecture: “The Current Situation of Higher Education in the UK” 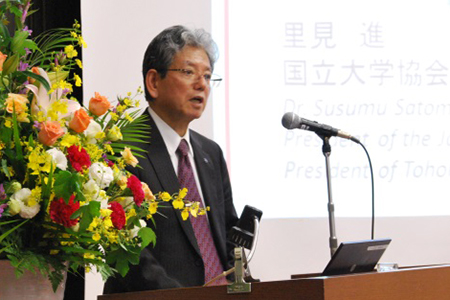 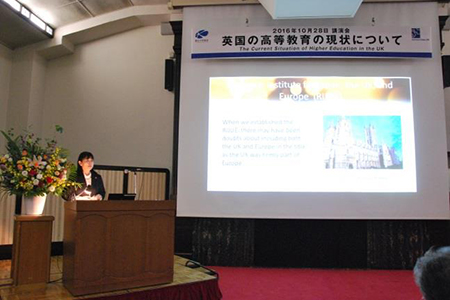 Yumiko Hada, Director of RIJUE (a cosponsor) making a speech 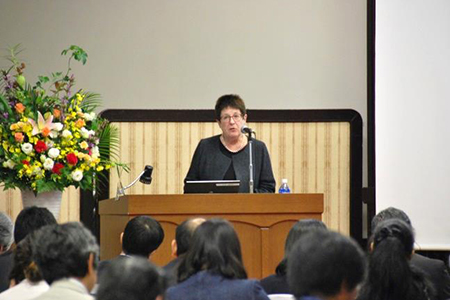 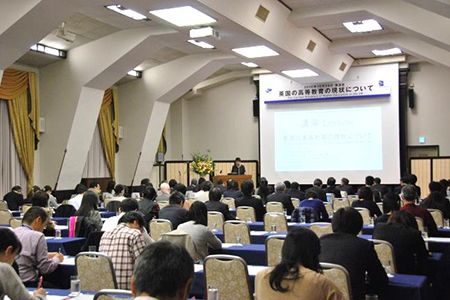 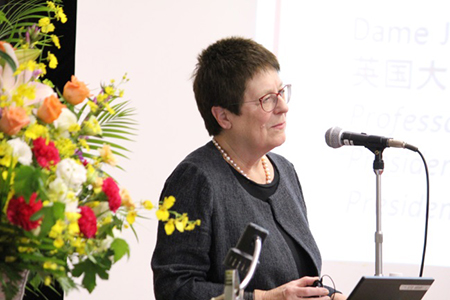 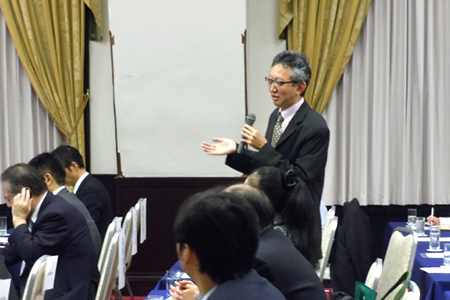 A participant asking a question of President Goodfellow