On October 28, 2016, at the Gakushikaikan (Tokyo), the Japan Association of National Universities (JANU) held the signing ceremony for the Memorandum of Understanding (MOU) on Exchange and Cooperation between JANU and Universities UK (UUK).

After the signing ceremony, an opinion exchange was held. At the beginning, Vice President of Nagata gave an outline of JANU and national universities in Japan, and explained the current situation of exchange activities between universities in Japan and the UK. After that, an active opinion exchange took place between both parties on higher education in Japan and the UK and the possibility of future cooperation between JANU and UUK.

It is expected that inter-university exchange between Japanese and UK universities will be more active. JANU will actively implement initiatives to further expand exchange with the UK, by strengthening cooperation with UUK. 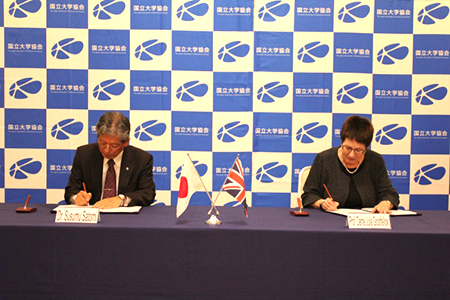 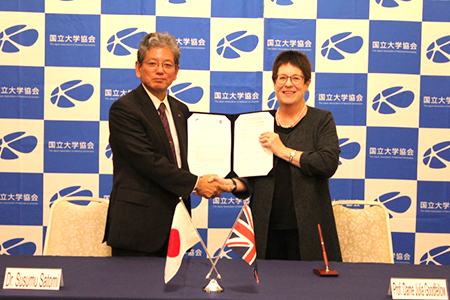 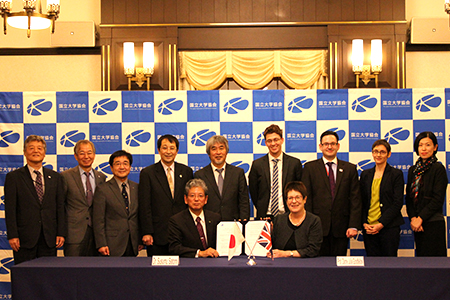 Group photo after the signing ceremony 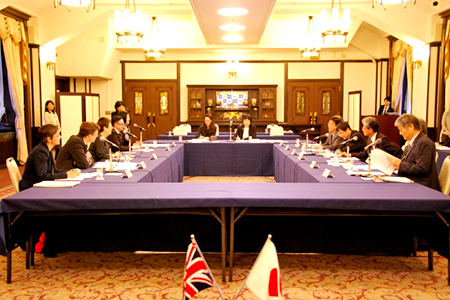 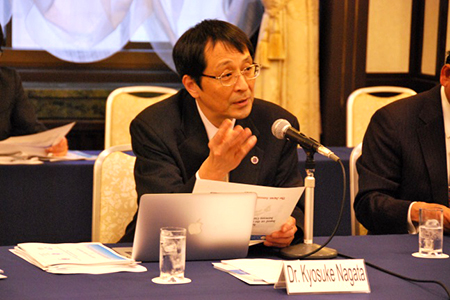