Secretary General of the Hungarian Rectors’ Conference Visits JANU (May 9)

On May 9, 2017, the Japan Association of National Universities (JANU) welcomed Dr. Zoltán Dubéczi, Secretary General of the Hungarian Rectors’ Conference (HRC), and Ms. Anita Nagy, First Secretary of the Embassy of Hungary in Japan, where they had a dialogue and exchanged opinions.

At the meeting, the JANU gave an outline of the association, as well as the current situation of national universities in Japan, courses for foreign students, and exchange agreements with Hungarian universities. The HRC outlined the conference and the student exchange program which is based on an agreement with the University of Tokyo. Then, meeting participants actively exchanged opinions on the possibility of a cooperation/partnership between the two organizations in the future. Dr. Dubéczi also explained the Central Bank of Hungary’s program that is designed to support inter-university exchanges between the two countries and the Hungarian government’s scholarship program for Japanese students studying in Hungary.

The JANU intends to work hard to create opportunities for more exchanges in the future. 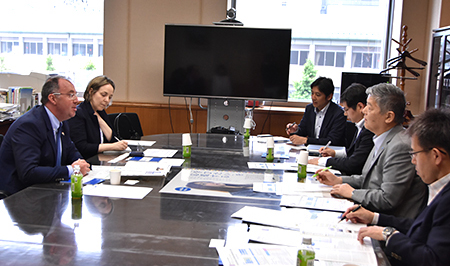 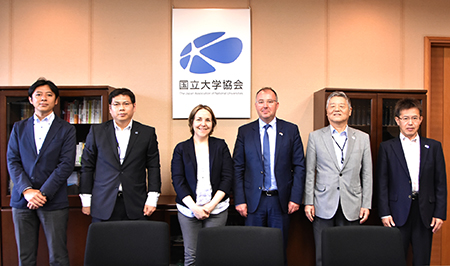