Presidents or Vice-Presidents of Japanese and American universities attended a roundtable, as well as the Japan Association of National Universities (JANU) and the American Council on Education (ACE) signed a partnership agreement on March 10th

To seize on a chance with the ACE’s 100th Annual Assembly, the Japan Committee of Universities for International Exchange (JACUIE) and the American Council on Education (ACE) co-hosted a roundtable titled “U.S.–Japan University Partnerships Dialogue” with the participation of Presidents or Vice-Presidents of Japanese and American Universities as well as officials from other related organizations in Washington, D.C. on March 10th, 2018.

The roundtable, co-chaired by Dr. Kyosuke Nagata, Chairperson of JACUIE, President of University of Tsukuba and Mr. Brad Farnsworth, Vice-President of ACE, generated lively discussions about topics including ways to increase student exchange between the U.S. and Japan, ways to promote virtual linkages between the two countries, and policy recommendations for the higher education sector in the U.S. and Japan.

The roundtable was followed by the ACE and the JANU Partnership Signing Ceremony, where Dr. Juichi Yamagiwa, President of JANU, President of Kyoto University and Dr. Ted Mitchell, President of ACE signed an agreement that aims to help promote interaction and collaboration between JANU and ACE as well as between universities in the two countries.

JANU will further promote various forms of student exchange as well as inter-university exchange between the two countries by strengthening cooperation with ACE. 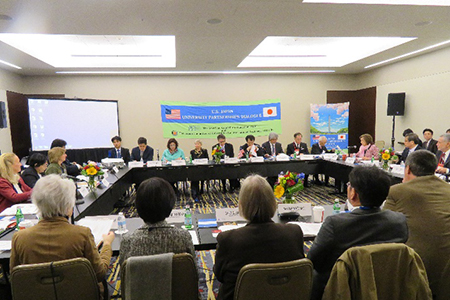 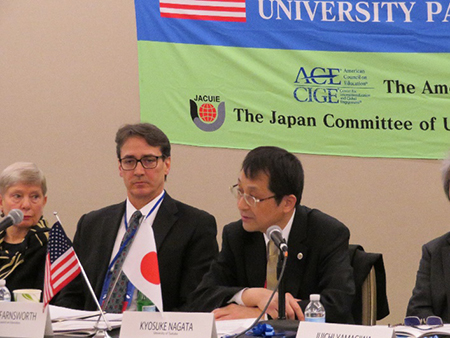 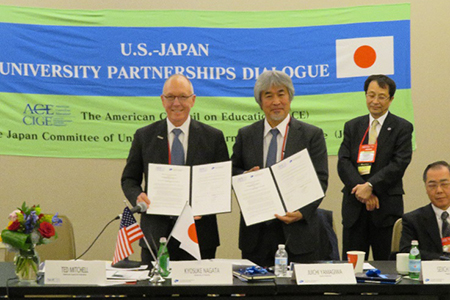 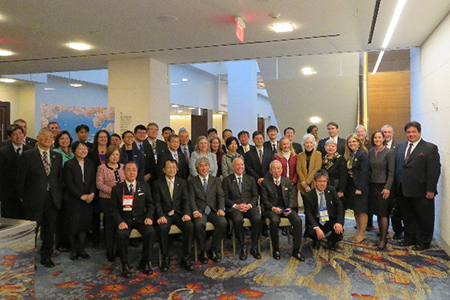