JANU Receives Courtesy Call from the Ambassador of the Republic of Chile to Japan (June 28, 2018)

On June 28, 2018, the Japan Association of National Universities (JANU) received a courtesy call from H. E. Mr. Gustavo Ayares, the Ambassador of the Republic of Chile to Japan, accompanied by second secretary of the embassy, Ms. Catalina Barceló, on the occasion of his inauguration as the ambassador, and exchanged opinions.

In the opinion exchange session, JANU provided a brief overview of the association and explained the current status of national universities in Japan, student exchanges between Japan and foreign countries, and inter-university exchange agreements with Chilean universities. Meanwhile, the Ambassador Ayares described the situation of academic exchanges between Chilean and Japanese universities and introduced the Third Chile-Japan Academic Forum to be held September 25 to 28, 2018 in the city of Nikko. Following the briefings, we exchanged views on possibilities for future expansion of inter-university partnerships between the two countries.

JANU is committed to take positive measures to facilitate exchanges for the future. 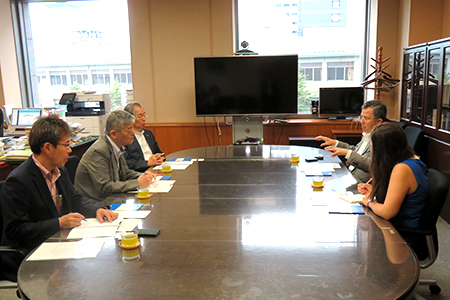 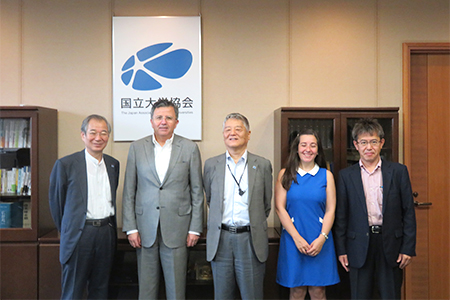