In the exchange of ideas, JANU talked about exchanges between JANU and the French university organizations, in particular, discussions from the recent Japan-France symposium, and plans for an international exchange project by both organizations. Meanwhile, Mr. Pécout described and answered questions on the transition in higher education in France, the “Bienvenue en France” (Welcome to France) project, a policy launched by Prime Minister Édouard Philippe, and other matters. Afterward, we exchanged ideas on the current state of and challenges in higher education in both countries. 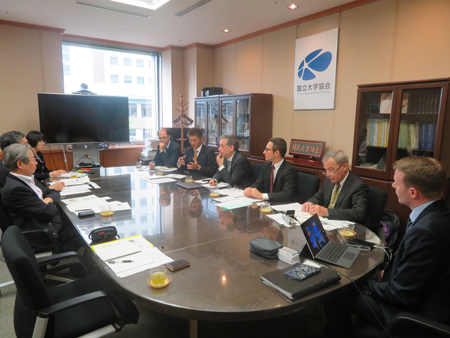