Group headed by the director of the Department of Personnel, Ministry of Education of Taiwan visits the Japan Association of National Universities (September 4)

On Wednesday, September 4, 2019, Mr. Chen Kuen-yuan, director of the Department of Personnel, Ministry of Education of Taiwan (MOE), and other 2 officials visited the Japan Association of National Universities (JANU) together with Mr. Huang Guan Chau, director of the Education Division, Taipei Economic and Cultural Office in Japan for discussions with JANU officials.

This visit was part of a tour of Japanese institutions to study the current policies implemented by and challenges faced by national and local public universities in Japan. The JANU officials had a lively discussion with Mr. Chen and other Taiwanese officials, who eagerly asked questions about the roles of JANU, how employment policies on teaching staff have changed at national universities in Japan since they were reestablished as National University Corporations, and other issues, while looking at basic data and other materials provided by JANU. They showed great interest in how national universities are run in Japan. 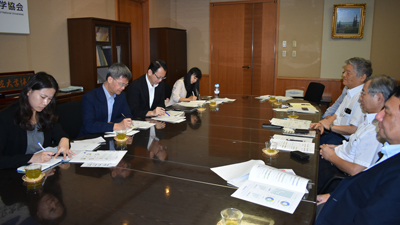 A lively discussion is being held 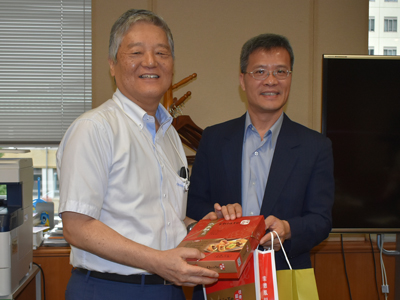 Mr. Kitani, adviser to JANU, receives a memento from Mr. Chen, director of the Department of Personnel, MOE Taiwan 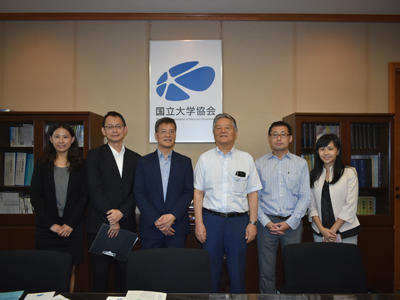