After presenting outlines of their respective organizations, JANU and UA discussed such issues as the expansion of mutual exchange at every level (from students to faculty to researchers), international joint research projects, double degree programs, and joint degree programs. Based on these discussions, the two parties confirmed their commitment to continued cooperation for further expansion of exchange opportunities in the field of higher education.

Following the opinion exchange, on December 4 and 5, the 2014 Symposium on Internationalisation in Higher Education hosted by the Australian Government was held at the Australian Embassy, and JANU participated in the event.

According to a survey conducted by Japan’s Ministry of Education, Culture, Sports, Science and Technology, the number of Japanese students who went to Australia to study was 2,117 in 2011, making Australia the fifth highest destination for Japanese students studying abroad. Meanwhile, an FY2013 survey conducted by the Japan Student Services Organization (JASSO) indicates that 312 Australian students have come to Japan to study, placing Australia in 22nd place in terms of the number of students studying in Japan.

In the years to come, JANU will step up its efforts to further enhance exchanges with its Australian counterpart. 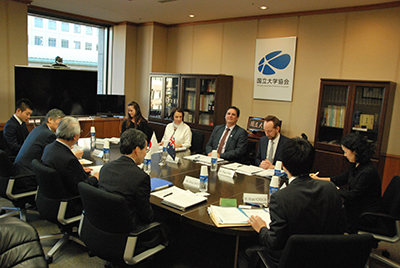 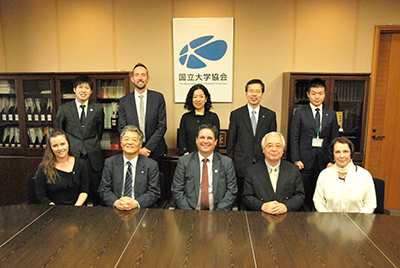