On Thursday, May 14, 2015, JANU held the “Workshop on Japan-France Cooperation in Higher Education” jointly with the Embassy of France in Japan, the Conférence des Présidents d'Université (CPU), and the Conférence des Directeurs des Écoles d'Ingénieurs (CDEFI). About 80 people connected with Japanese and French universities gathered at the Embassy of France, the venue of the event.

The workshop began with opening addresses from the representatives of the two countries, followed by a keynote speech by Associate Professor Jun Oba of Hiroshima University concerning universities’ responses to the ongoing globalization trend. Also, speakers from Japan and France gave lectures from various perspectives on such subjects as trends in higher education, statuses of student exchange, and links between study-abroad experiences and job hunting, prompting vigorous discussions both among the speakers and between the speakers and those who attended.

This workshop was the first event of this kind to be held after JANU established a cooperative relationship with CPU and CDEFI through the conclusion of an agreement with these two university organizations concerning mutual recognition of enrollment, degrees, and credits in May, 2014. JANU aims to continue efforts to further expand Japan-France student exchange by cooperating with relevant organizations in the two countries. 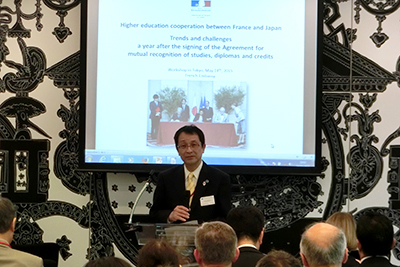 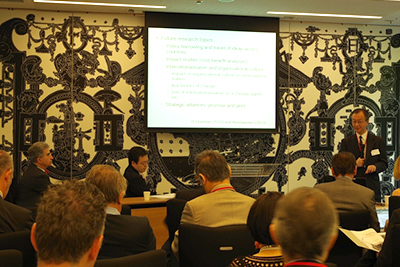 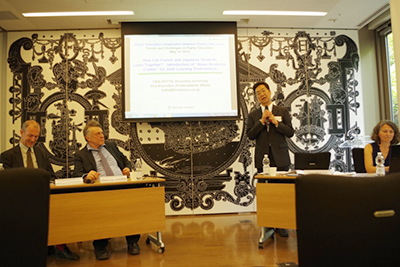 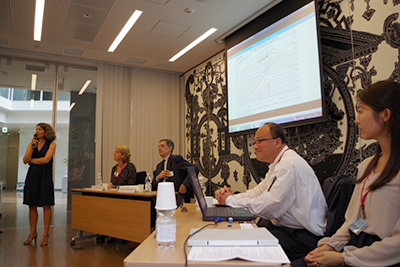