JANU Holds an Opinion Exchange with CPU and CDEFI (May 15)

On Friday, May 15, 2015, at the National Center of Sciences Bldg, JANU held an opinion exchange with the Conférence des Présidents d'Université (CPU), and the Conférence des Directeurs des Écoles d'Ingénieurs (CDEFI) with the aim of further expanding Japan-France student exchange. Participants in the meeting included officials from Japan’s Ministry of Education, Culture, Sports, Science and Technology and from the Embassy of France in Japan.

This meeting was held as a preliminary meeting for a follow-up meeting stated in the agreement concerning mutual recognition of enrollment, degrees, and credits that JANU concluded with CPU and CDEFI in May, 2014, which is scheduled to take place two years from the day of signature. Participants exchanged opinions concerning ongoing efforts, challenges, and other issues to prepare for a plenary meeting to be held next year.

In 2012, 1,364 Japanese students were studying in France, and the number of French students studying in Japan was 833, the largest among all European countries. Also, according to a survey conducted by the Ministry of Education, Culture, Sports, Science and Technology, 383 exchange agreements were signed between Japanese national universities and French higher education institutions as of 2012.

JANU will continue to strengthen its cooperative relationship with CPU and CDEFI and take steps toward further expansion of student exchange between Japan and France. 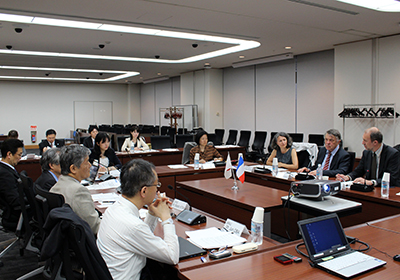 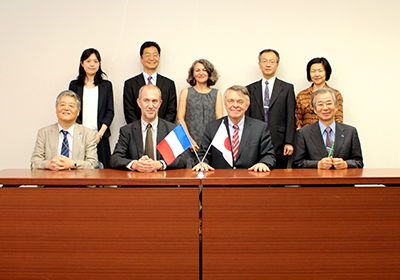