As part of an international exchange project by the Japan Committee of Universities for International Exchange (JACUIE), the Japan Association of National Universities (JANU) cohosted a German-Japanese Symposium at the Japanese-German Center Berlin in Germany on June 28 and 29. The other cohosts were the German Rectors’ Conference (HRK), an association of German universities, and the Japanese-German Center Berlin. Symposium participants from Japan comprised 90 officials from 45 national, public and private universities, of whom 50 officials were from 29 national universities. 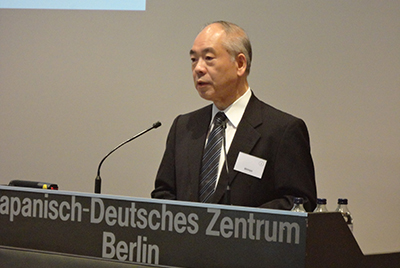 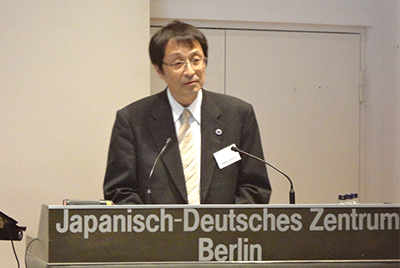 Professor Dr. Kyosuke Nagata, Chairperson of JACUIE and
President of the University of Tsukuba giving his opening speech 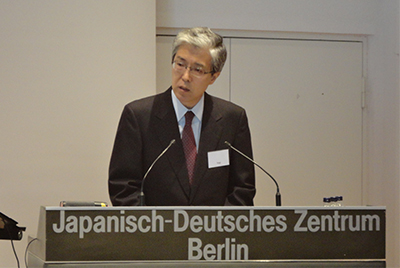 His Excellency Takeshi Yagi, Ambassador of Japan to Germany
delivering his opening speech 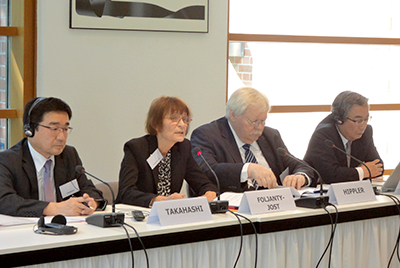 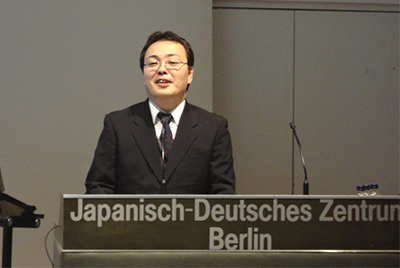 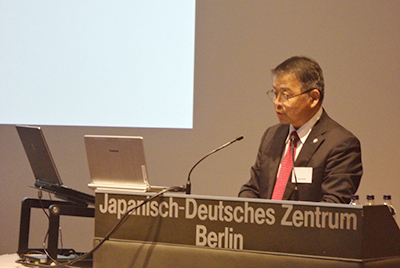 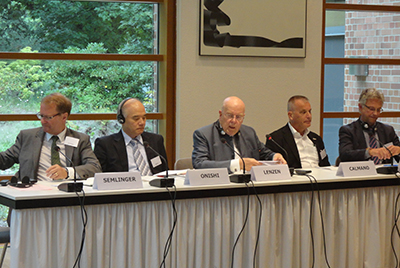