From Monday, October 24 to Thursday, October 27, 2016, the Japan Association of National Universities (JANU) received a delegation from Universities Australia (UA), under the Japan-Australia Short-term Staff Exchange and Training Program. This program was conducted based on the Academic Links Agreement* signed by JANU and UA in September 2015. Last fiscal year, 13 administration staff members from Japanese national universities were sent to Australia; this fiscal year, JANU invited a total of eight people from Australia to Japan, including UA’s Deputy Chief Executive Catoriona Jackson and others at the vice-president level at Australian universities.

The Short-term Staff Exchange and Training Program aims to deepen understanding of higher education systems and the status of universities’ international exchanges in Japan and Australia, support the development of partnerships between Japanese and Australian universities, and promote the internationalization of operations of member universities of JANU and UA.

During the program, an opinion-exchange meeting was held between JANU, the Australian Embassy in Japan, and UA. The UA delegation also participated in the University Reform Symposium, hosted by JANU.

The UA delegation also visited three institutions (Nagoya University, National Institute for Materials Science, and University of Tsukuba) and participated in a round-table meeting held at the Australian Embassy in Japan, with the participation of representatives from the Ministry of Education, Culture, Sports, Science and Technology (MEXT), and related independent corporations.

JANU will strive to further promote bilateral exchanges between Japanese and Australian universities through these exchange opportunities. 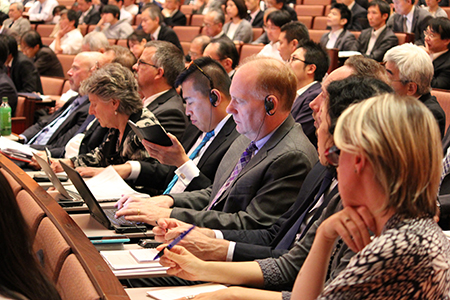 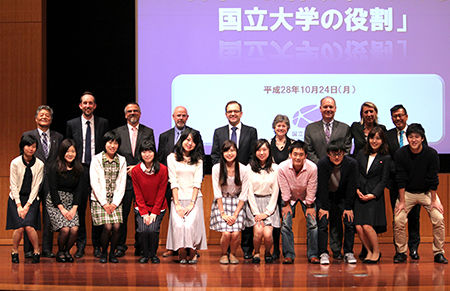 Posing with participating students after the University Reform Symposium 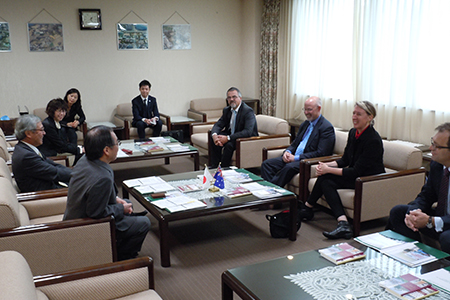 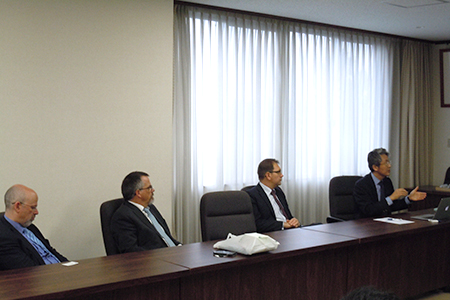 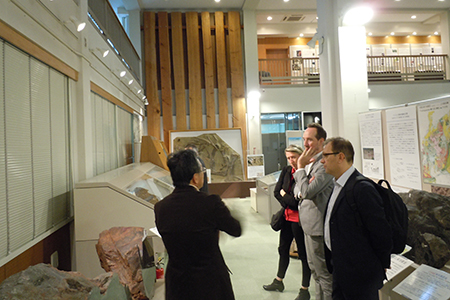 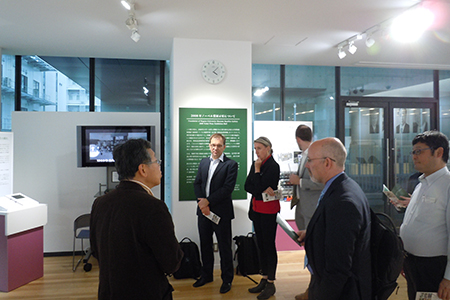 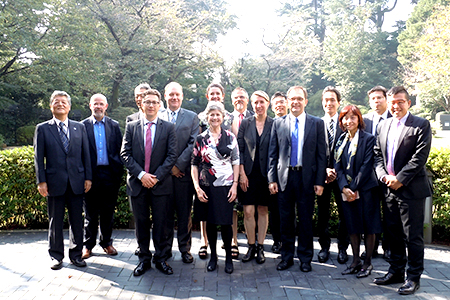 In the Australian Embassy garden 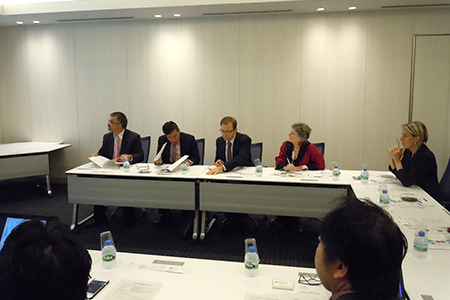 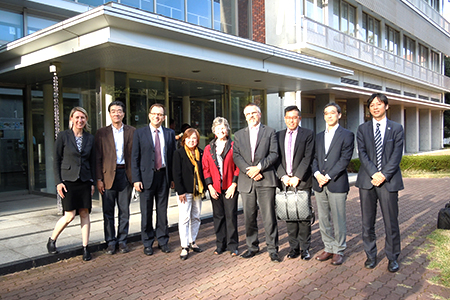 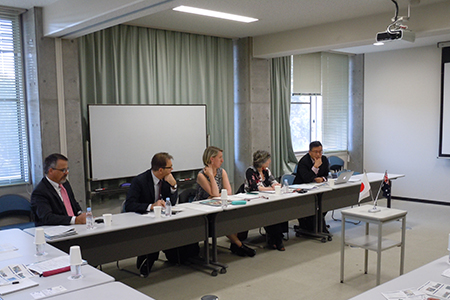 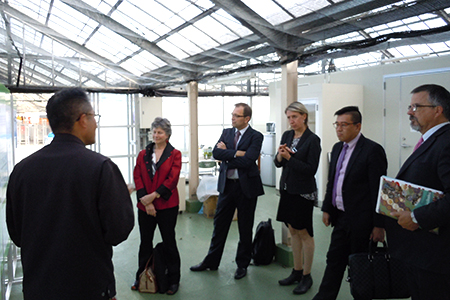