The Japan Association of National Universities held the "2018 Japan-UK Round-table (Japan-UK Dialogue on Exchange in Higher Education & Research)" in cooperation with Universities UK on October 30, 2018 at the Gakushikaikan in Tokyo.

In 2016, the Japan Association of National Universities and Universities UK entered into a memorandum in which an exchange of opinions was proposed in specific areas of cooperation such as higher education policies and new schemes for promoting faculty and student exchanges. The round-table was held as a forum for exchange of opinions on the higher education field in the UK and Japan, leading to the building of a further cooperative relationship between the two countries.

At the round-table, there were 11 university officials invited from the UK with the cooperation of the British Embassy in Tokyo, and around 50 people in total took part including the Japanese participants. Opinions were exchanged in 3 sessions on the main theme of "Challenges in University Governance / Academic Exchange". Each session was opened with a presentation from each Japanese and British university, and lively discussions were held which deepened the understanding of initiatives in the respective countries and universities.

After the sessions were finished, a follow-up meeting was held attended by representatives of the Japan Association of National Universities, Universities UK, the British Embassy in Tokyo, the British Council, the University of Worcester and the University of Reading. In this meeting, we reviewed the round-table and exchanged views on future collaborations such as exchange projects between university faculty and staff in Japan and the UK.

In addition, as part of the program encompassing the round-table, a welcome reception was held at the British Embassy in Tokyo on October 29, the previous day of the round-table. This was commenced with an address by the British Ambassador to Japan, Paul Madden, and provided an opportunity for Japanese and British university officials to foster closer relationships in a friendly atmosphere.

Also, on October 31, about 15 participants from the UK visited the University of Tokyo and Keio University where they received explanations from staff at each university and exchanged opinions. We expect international exchange between Japan and the UK to become even more active in the future, and, as an university association, we will work with university associations in the UK to promote efforts toward expansion of exchanges between both parties. 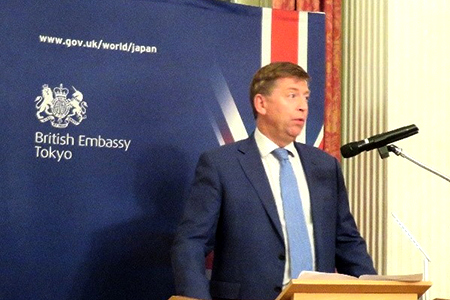 Address by Paul Madden, British Ambassador to Japan, at the welcome reception 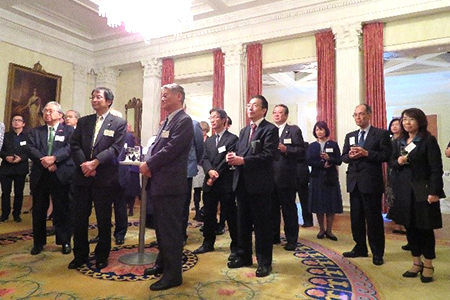 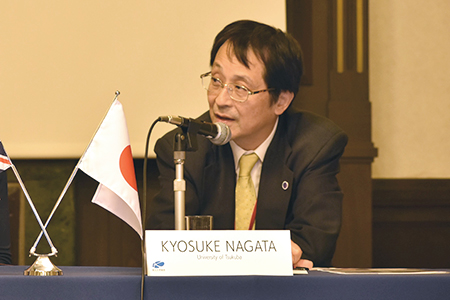 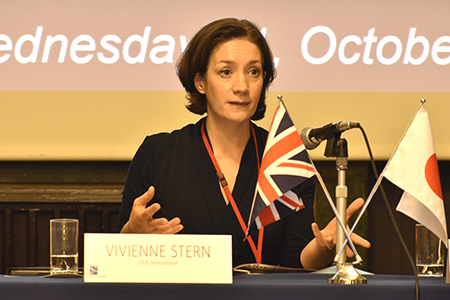 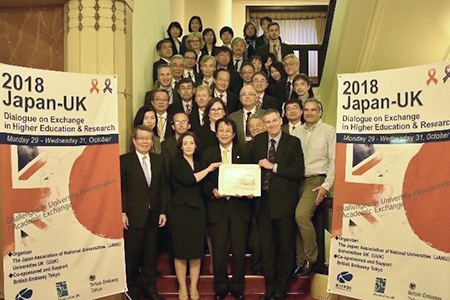 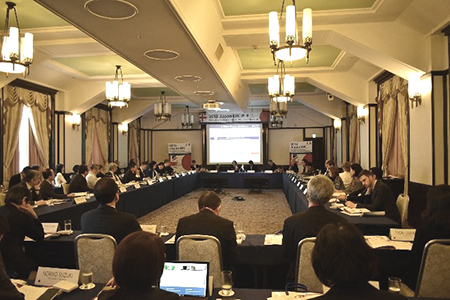 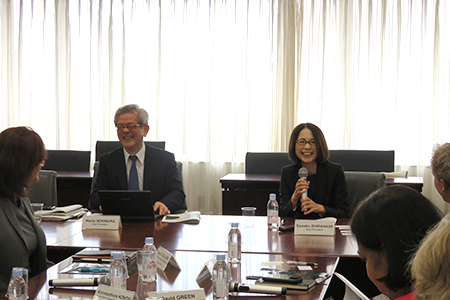 Visit to the University of Tokyo 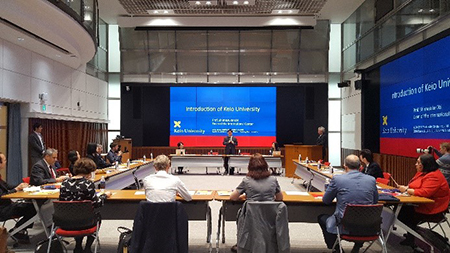 The biographies of all speakers are available here.